As promised, I’m back 14 days after I began my daily experiment with oil pulling and coconut oil.

This is the before.

Day 3: So I keep telling myself to think of the oil as thicker mouthwash and I think it’s finally starting to work. Today I actually had it in my mouth for 22 minutes before I even realized it.

Day 5: My jaw does feel better, but it’s been about a week so the soreness in my jaw should’ve started to subside anyway. So as for the TMJ relief, I can’t say whether it’s due to the oil swishing or time.

Day 7: As I sat in the car waiting for my husband, I started examining my teeth and they looked significantly whiter I thought. Then I realized that I was looking at them while outside on a sunny day which didn’t properly control for my environment, since I had previously been looking while in my darker-lit bathroom. Once inside I thought they looked the same. 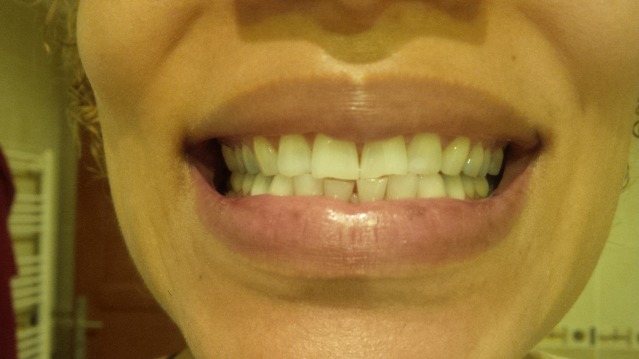 Day 12: It’s become pretty easy to keep up with this routine now that I’m used to doing it first thing in the morning. I’ve just been doing lots of gesturing with my husband and kids.

So at the end of this little experiment I will say that I thought I would see some kind of remarkable results. I thought my teeth would be ridiculously white and my skin would be flawless. Overall, my teeth *might* be a little whiter and my skin honesty looks the same. I still have dark circles under my eyes, and depending on the angle of the picture and how much sleep I’ve had, my skin looks better or worse. I can’t pinpoint any other benefits, but I’m a pretty healthy person so I don’t have many of the problems oil pulling was supposed to help and heal. 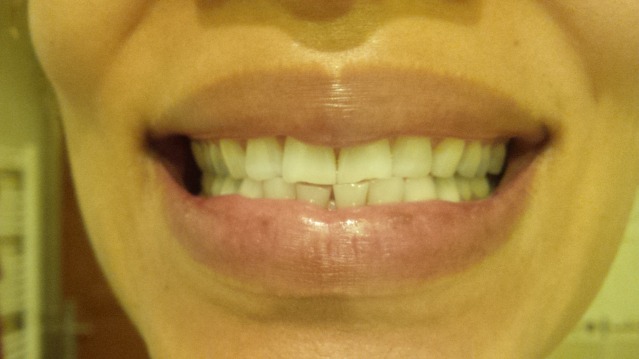 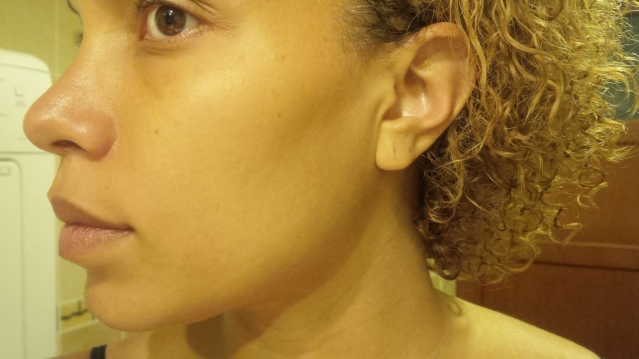 Would I continue doing it? Possibly. Once I’m back home and have more to do I don’t know that I will keep up with it since I haven’t seen any major results. Though it’s one of those things where even if I can’t pinpoint a major benefit, I can’t say that it has harmed me in a any way. I’m one of those people who believe that if something has been around for thousands of years then there must be a benefit in there somewhere or it would be a forgotten practice. On the other hand, the most annoying aspect of this whole experiment was the 20 minutes I was out of commission and unable to talk (read: say no) to my energetic toddler. He gets away with a lot during those 20 minutes, so for that reason alone it may have to fall to the wayside.

I can't believe my little German boy is 9 years old today! 🥳🎉 Happy Birthday to the absolute sweetest kid I know! He's so kind and full of love, and I'm beyond blessed to be his mommy! ❤ #birthdayboy #raisingkings #blackboyjoy #9yearsold
Happy 7th Birthday to my sweet baby girl, Anaya! She's truly a princess in every sense of the word, and I wouldn't have it any other way! ❤🥳🎉🎊 #birthdaygirl #princess #diva #blackgirlmagic #raisingqueens
Much needed ❤ #family #friends #beach #hamptons #blackboyjoy #blackgirlmagic #blackfamily #blacklove
❤❤❤ #anniversary #blacklove
11 years married, 17 years together, and endless laughs shared. Happy Anniversary to us and Happy Birthday to you my baby! I wouldn't want to be on this ride with anyone else 💝🎉🥳 #happybirthday #happyanniversary #blacklove
Congratulations to our Kaden for graduating elementary school and finishing up a tough year! 🥳 Although it was a zoom graduation, we are still so proud and excited to celebrate such an amazing child, who showed nothing but resiliency and dedication these past two years. You handled our move and transition back to the U.S. with ease, made new friends, and managed to excel at school and sports, and all despite being in the midst of a global pandemic. You deserve the world kid, and we are so excited to see what middle school at @avenuesed brings! 🎉🎊 #graduation #middleschoolbound #raisingkings #blackboyjoy
Follow BasketWifeLife on WordPress.com