The Trouble With School

My daughter Maliya is a smart little girl. She just turned 8 last week and I often have to remind myself that she is indeed a young child, despite her extensive vocabulary and insightful world view. We’ve been lucky in that she’s been educated well thus far and she’s now one grade ahead of where she should be. Her schools in Berlin and Izmir were both international schools and we were very pleased with the education she received.

Our problem now is that our city is too small for an international school so she’s had to be enrolled in a local Turkish school, taught entirely in Turkish, with the exception of English lessons. It’s a private school so they have great facilities and resources for the kids, but I’ve come to the realization that the fanciest looking building means nothing when my child is unable to learn anything of substance. It’s a very frustrating realization because in the 4 months she’s been enrolled all she has picked up is some understanding of the Turkish language. It’s wonderful that she’s learning Turkish, but what if we’re no longer in Turkey next year? Then it would have been a waste of a year, and money. While in Berlin, she learned a good amount of German, but now that we’ve been gone for two years she’s lost it. The difference is that German wasn’t all that she learned, so it wasn’t a squandered year as I fear this may be. My son is also at the school, but he’s only 3 so we aren’t as worried about him.

When we initially visited the school we were told by the administrator (one of the few English speaking people at the school) that they would obtain English language course books for her from Istanbul and that she would have people helping her to maneuver through her day. When a month went by and she still had no books we asked why and were told that they could not, in fact, get these books from Istanbul. So their solution was to call our daughter’s old school in Izmir, which taught exclusively in English, and ask if they could send copies of the Third grade curriculum. Of course they said no, and it was pretty laughable that they thought the school would say yes to such a request.

Their new solution was to add a Turkish lesson and wait until she had enough of a grasp of the language to understand the lessons, which they surmised would be sometime in the second semester. So until that point she would just sit in class, doodling, and staring into space as the other children actually learned, had homework, etc. So our options at that point were to take her out and home school her, leave her there and hope she learned something by osmosis, or put her in public school so we at least wouldn’t have to pay for her lack of education 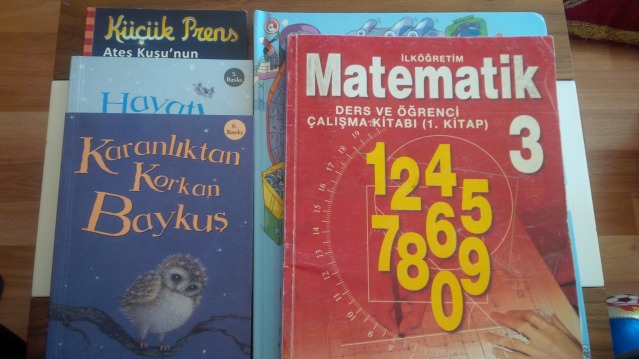 Homeschooling has never appealed to me because aside from the lack of socialization, she just might be better off learning very little at school than learning from an amateur like me, but looking at my options I figured it was worth a try. We signed up for a homeschooling program online and I started to spend some time after school and on the weekends going over the lessons with her. The problem is that I’m used to someone having already taught her the materials and learning strategies, with me just re-enforcing what she’s already learned. Now I was in a position to teach her myself, and when she didn’t understand it, the best I could do was say the same thing in a slightly different way. When she still didn’t understand, I would get frustrated and tell my husband it was his turn because I wasn’t getting through to her. While his math skills are far superior to mine, his teaching methods resemble mine and many sessions ended with me exhausted and him bewildered as to how it took so long for her to understand what we think is such a basic concept. It’s ultimately not her failure to understand, it’s my failure to teach her in a way that will enable her to understand.

So I’ve decided that the homeschooling thing is not for me. I do have patience, but not enough to teach multiple subjects with two other kids running around and still maintain my sanity. I’ve determined that I’m just too selfish to home school, and the whole ‘happy wife, happy life’ thing goes out of the window after a day in a classroom run by me. I’d rather a trained teacher with the patience of a saint teach my daughter, with me there to help with homework and supplement her studies with various flashcards and worksheets.

In the end I did what I do best, I went to the school to see the administrator and I nicely threatened her. I told her that her plan of waiting until Maliya understands enough Turkish to follow the lessons was a terrible plan. I let her know that if they didn’t find someone to teach her the material in English then we would be pulling the kids out of school, because we were just wasting our money sending her to school to learn Turkish. I suggested one of the English teachers since they are among the few that speak both English and Turkish, but she explained that they were too time constrained. She said that she could have the lessons translated and she could teach Maliya the material herself during the regularly scheduled class times. 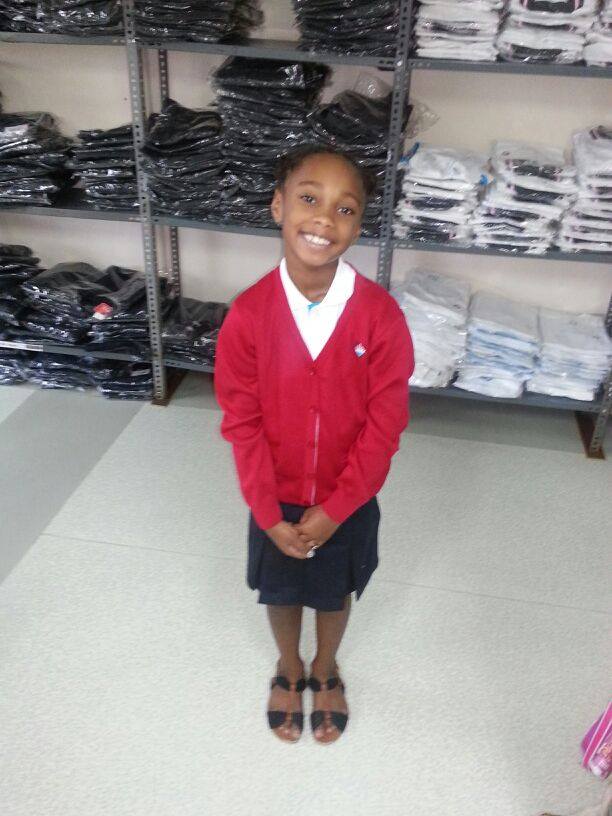 The positive in all of this is that my daughter has seem unaffected by all of this, happy to be at school, making friends and being her happy self. These kids are so resilient. I know so many international moms who are forced to put their kids in foreign language schools where the kids emerge as champs, with amazing language skills, on top of their general worldliness. So I’ll bank on that, while still giving a low key prayer that our travels bring us back to an International school next year.

← Cinnamon rolls and other yummy goodness
The Hair Fiasco, Revisted →